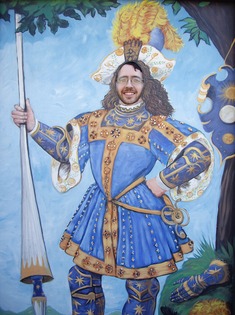 
Picked up the trade paperback recently, and damn, but Warren Ellis can write. And in print, some pages work better than on the screen; check out this four page sequence from the story; in the book, the first two images face each other, as does the second pair. Now consider a few additional facts:. It may be an accidental artifact of printing on too-thin paper stock, but damn it looks pretty. So there you are. Now, who wants pie? Contact info for Ms Gran may be found at the link.

Sign here, and I can work for you in exchange for coffee and bathroom privileges starting next week. The various half-baked personages behind mezzacotta including, one should note, Dr David Morgan-Mar , PhD, LEGO TM appear to have set themselves a new goal: launch as many new webcomics in as short a period of time as is physically possible.

Thus, strip 1 offers Garfield in haiku form and 2 gives us a multiplicity two, actually of Garfields. LMOO is a user-driven project. Given the characters supplied which may be redrawn as desired, so long as certain key identifiers are kept , do yourself up a single-panel strip on anything and submit it. Into the queue it goes, and hey presto! Home Time Bell is about six kids walking home from school one summer day in Australia. I particularly like the stylistic conceit that creator Campbell Whyte sometimes employs where he shifts perspective out-of-plane on the 2D world of the comic, giving us a new POV on the world.

As a result, many thanks to Chris Hallbeck , who gifted me with a copy of The Book of Biff 3: Fresh Toast , which is notable for two things:. Item the Second The lads at Unshelved have revealed the winners of the Pimp My Bookcart contest, and the top winners out of … it looks like nearly entries are really amazing.

That foodcart looks just like the real thing although hopefully it lacks the taxi exhaust, caked-on grease, and unkillable mutant strains of pathogens resulting from untold generations of evolution. Instead, it was evenings of pizza and Playstation, afternoons on the golf course, and a final summation: You guys are the worst millionaire rock stars ever.

Jerry and Mike, thank you for being the worst millionaire rock stars of webcomics, and thanks for the laughs. Did you notice this bit at The AV Club , about web features that made the jump to books? So many webcomics eventually get collected into book form that we decided to leave webcomics as a whole off this list […]. Also ubiquitous on the internets: Porn. True story: I once stayed in a hotel with a flaw in its in-room movie system; near as I could tell, anytime anybody on my floor ordered a movie, it showed up on one of five channels on my TV my fellow travellers have terrible taste, by the way — that many people paying for Pauly Shore movies? 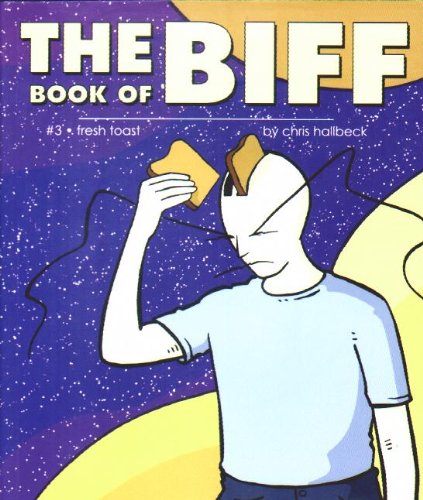 You desperately need to take action, any action. Someone who is intent upon using you as a tool for his own agenda gives you the opportunity. Of course you take it! I liked Sarat less and less as the book wore on; for such a smart woman she seemed unable to think critically about what was happening to her. I liked every character less and less. I distrusted them all, certain that this endless war was about enriching those who stood outside of the fighting. The month started out with a bad case of the flu which allowed me to finish almost a book a day.

Who knows what might happen over the next three weeks?? I seem to be drifting into the mystery genre these days. Mysteries, books about food, and sciences mostly paleontology or paleogenetics. Lots of fun. I was genuinely worried about Ranger in this one. That kind of ticks me off.


Good start to the series though. So thirty books this month, and for the first six months of the year. And way more being borrowed than bought, which is an excellent thing. Definitely an attention-getting device. Andy Crawford has been treated ungently by life. Deserted by her father, abused by the men her mother took up with, she fled home at an early age and threw her energy into her art. However, a mysterious man she meets in the woods one night has other ideas.

Rafe is a young man with a problem. His lover, a wealthy and powerful man, has become increasingly demanding and possessive, and is occasionally abusive. Gavin is prepared to do anything to get what he wants. What Rafe wants is a little peace and security. And he wants it with the owner of the new cafe in the neighborhood. Driven to despair by his lover, Rafe calls on his half-brother, a demon named Grim, to help settle things.

And thanks! Oh the merry month of May when life goes into high gear. Also scoping out cookbooks with an eye to improving our health by making our diet more plant-centric. The post brought me two books to feed see what I did there? The one to the left is an old favorite that I had in paperback, and an older, smaller edition, I think. Fiction has been okayish.

Eleven out of seventeen books this month are non-fiction which is probably a new record for me, but the fiction I did read was excellent. Suffice to say they are doing well, and got dunked into a new vat of sweet tea this afternoon. I bottled up the old stuff after I tried it and found it delicious.

But this? Nothing fishy about it. Win-win It tastes a bit like an Arnold Palmer, a drink I love. And the tibicos? So I made an executive decision and tossed all the tibicos grains into the garbage. Not going to waste more time and money on them.

The quart I made two days ago was nice if a bit thin. They have both thermophilic requiring heat and mesophilic cultures at room temp cultures including a wide variety of Scandinavian fil varieties. She baked it — and yes, she and I are both grown-up enough to be able to bake our own birthday cake without feeling deprived — and I made the frosting out of homemade lemon curd and whipped cream. I look at my cats and wonder what microbes we exchange when I cuddle them. Is it good or is it bad? Most of them are, and worrying a lot about the bad ones is pointless.

My bad. On the other hand, I finally decanted my first batch of tibicos water kefir and tossed the dregs of a bag of frozen black cherries into the liquid for a second ferment, something that happened surprisingly quickly. But it was better. And to my vast surprise it was gently alcoholic. I slept really well last night! The tibicos grains are now in a pitcher of coconut-pineapple water, and should have properly fermented by this afternoon. I keep telling myself this is an experiment in storage. Uh huh. I should have stuck to the cider vinegar only. I unearthed my Artisan Bread in Five Minutes a Day book, and got some white wheat, and rye flour, and whipped up a batch of peasant bread.

The first loaf was good, but bland. Great chewy crumb, which is how I like my bread, and a crisp crust. The weekend project is a new brioche recipe. See what I did there? Remember that I declared Biff to be dead? An ex-Scoby?

Well, thanks to my less-than-stellar housekeeping habits, and a day of serious brain-fog depression, I neglected to dispose of Biff as I had intended. When I finally got around to it today I found not a teensy Biff with a load of scummy bubbles and other mysterious and icky-looking stuff, but an honest-to-gawd kombucha scoby! Yes, one of these.

I immediately rinsed him off and plunked him into a fresh jar of sweet tea. As I had been so completely bumfuzzled at finding him alive and well, I neglected to save any of the old brew, so I added a tot of raw vinegar with the mother hoping it would be an adequate stand in. Really, my impulse control is not good. But it turns out my instinct was right and vinegar is exactly what I needed to add.